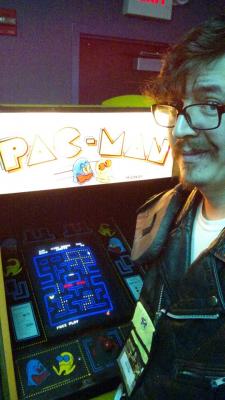 Erik Evjen is the founder of IGRE Publishing, an independent Table Top Gaming and Entertainment Imprint. As the Lead Game Designer for IGRE, Erik is currently working on developing the Sword Land RPG System and the Iellos Campaign Setting. He has also contributed a number of articles to the EN World En5ider program. As an author, Erik scribed the Songs of Ahrea series, and is currently adapting the series into an ongoing web novel and web comic.
In the past, Erik also was the President of the Sandbaggers Game Club of Great Falls, Montana. He also served as a Board of Directors Member of the Great Falls Gaming Rendezvous, and the Fest Hall Coordinator of the AetherCon Online RPG Convention. He also wrote for Roleplayers Society Publishing.

Erik Evjen is not yet scheduled for any programming.