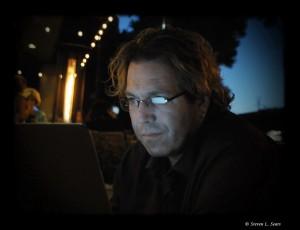 A full list of Peter's in-print publications can be found at: http://www.amazon.com/-/e/B002BMOTJI

Peter has been publishing short stories since 1993, game story-lines since 2002, and novels since 2008. His first novel, Second Paradigm, landed him several speaking engagements on the topic of how to write time travel and true nonlinear stories. He is currently playing in the Steampunk sandbox as a writer at, and Art Director of, a creative studio at www.FairyPunkStories.com.

This year he is a finalist for the Bram Stoker Award� for his first Graphic Novel, 'Behind These Eyes.'

Peter Wacks is not yet scheduled for any programming.