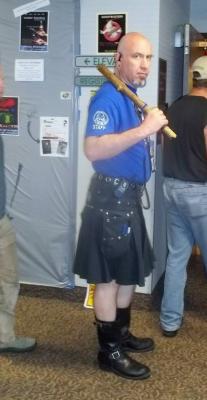 I've been a recurring dungeon master, game master, story teller, arbiter, judge, what ever you want to call it (I generally prefer game master, or GM) for more years than I really want to think about.

It wasn't until 1990 that I really realized that there were role playing games other than D&D.

I've played in quite a few systems, and played campaigns in several versions of D&D, ShadowRun, Over the Edge, Feng Shui, and Hackmaster, just to name a few. I generally run ShadowRun (mostly second edition) and Amber any more.