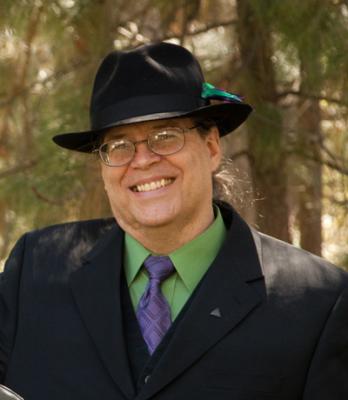 My name is CthulhuBob Lovely. (My Mom would say my name is Robert Lester Lovely.) Born 14 June 1962 in Abilene, Texas, I grew to adult age in Columbus, Ohio. Thankfully, I managed to avoid growing up. I currently live in Missoula, Montana. I have a son and two daughters.
In the mundane world, I served in the United States Air Force from 1986-1992 as a Chinese Mandarin cryptologist and ICBM Technical Order Librarian, chose to not meet the Pope so a little old Catholic lady could do so instead, met Justice Clarence Thomas in 2000, received my JD in 2001, and have a degree in History.
In terms of geekery, I help run MisCon, which occurs each year on Memorial Day Weekend in Missoula, Montana, thanks to the wonderful people who make it happen. I also help out at other shows.
I began playing Dungeons and Dragons at the age of 13. Prior to this, I had seen H.P. Lovecraft�s books in the collection of my older brother, Brian, who is also responsible for introducing me to Monty Python, Star Wars and many other things geek. In my younger years, my geek reading was more science fiction than fantasy, though that has largely reversed these days.
In 1981, when Call of Cthulhu was first published, I played with my friend Warren as Keeper. I immediately fell in love with the game, and the system, and have been running Call of Cthulhu ever since.
More recently, I also enjoy running and playing Trail of Cthulhu, by Pelgrane Press.
I am a Missionary for Chaosium, and a Monkey for Cheapass games.
As a semi-professional nerd, I believe geekery and gaming can have positive effects on math, reading and writing, and social interaction skills as well as family togetherness.

CthulhuBob Lovely is not yet scheduled for any programming.