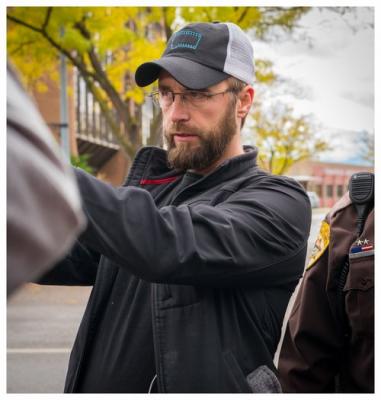 John discovered his passion for filmmaking at an early age and has never wavered in the pursuit of realizing his vision. His great-great-great grandfather homesteaded in the Bitterroot Valley in Montana. Over a century later, in 2001, John founded With A Cause Productions in the same location.

The same ambitious and adventurous spirit possessed by his forefathers, compels John today. Over the past 20 years, he has directed short films, commercials, documentaries, corporate videos, animations, and music videos, but his primary focus is on feature films. He is particularly fond of Westerns and Science Fiction.

John resides in Montana where he operates With A Cause Productions and teaches a series of in-depth filmmaking classes. He currently has several films in various stages of development. His latest feature, Saving For The Day, is slated to be released later this year.

John D. Nilles is not yet scheduled for any programming.