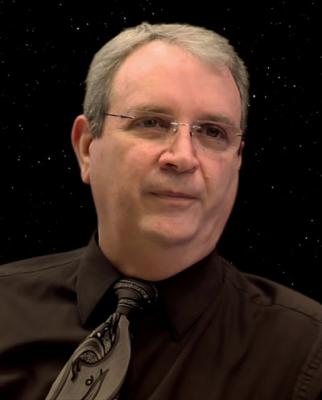 TV credits include episodes from Star Trek (�The Trouble With Tribbles� and �The Cloud Minders�), Star Trek Animated (�More Tribbles, More Troubles� and �Bem�), Babylon 5 (�Believers�), Twilight Zone (�A Day In Beaumont� and �A Saucer Of Loneliness�), Land Of The Lost (�Cha-Ka,� �The Sleestak God,� �Hurricane,� �Possession,� and �Circle�), Tales From The Darkside (�Levitation� and �If The Shoes Fit�), Logan�s Run (�Man Out Of Time�), and others.

Novels include When HARLIE Was One, The Man Who Folded Himself, The War Against The Chtorr septology, The Star Wolf trilogy, The Dingilliad young adult trilogy, the Trackers duology, and many more sci-fi classics.

Additionally, the autobiographical tale of his son�s adoption, The Martian Child, won the Hugo and Nebula awards for Best Novelette of the Year and was the basis for the 2007 movie, Martian Child, starring John Cusack, Amanda Peet, and Joan Cusack.

David Gerrold is not yet scheduled for any programming.