About the MisCon Short Film Festival

From nail biting terror, to near future technology, and everything in-between, the MisCon Short Film Festival is a celebration of all things genre. Where better to find such an audience than at a popular Science Fiction Convention? Every year MisCon grows and, with it, the opportunity for filmmakers to share their stories with a greater number of people. Submissions in horror, sci-fi, and fantasy will be accepted.

Congratulations to these and all the filmmakers whose work we were proud to showcase in this year's festival.

How the Competition Works

A panel of select judges will review all accepted works, and rate them according to several criteria including, but not limited to: direction, writing, cinematography, acting, makeup, wardrobe, and score.

The best of these submissions will then be entered into the Audience Awards Festival, to be viewed and rated by the most appropriate judges of all: Your Audience.

There will be winners in each category of the competition, and a Best of Show Award. 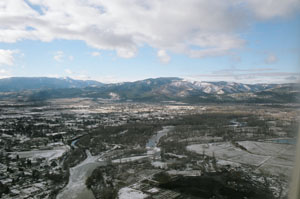 Nestled in the beautiful Missoula Valley in western Montana, the growing city of Missoula is home to hundreds of internationally respected artists from all fields. Musicians, writers, filmmakers and other artists from around the world come to enjoy the pristine mountains and rivers that surround our city, and our small but vital Arts Community welcomes them with open arms.

The filmmaking community in Montana is growing by leaps and bounds. Take a look at some reasons to be excited about the future of the Film Industry here!